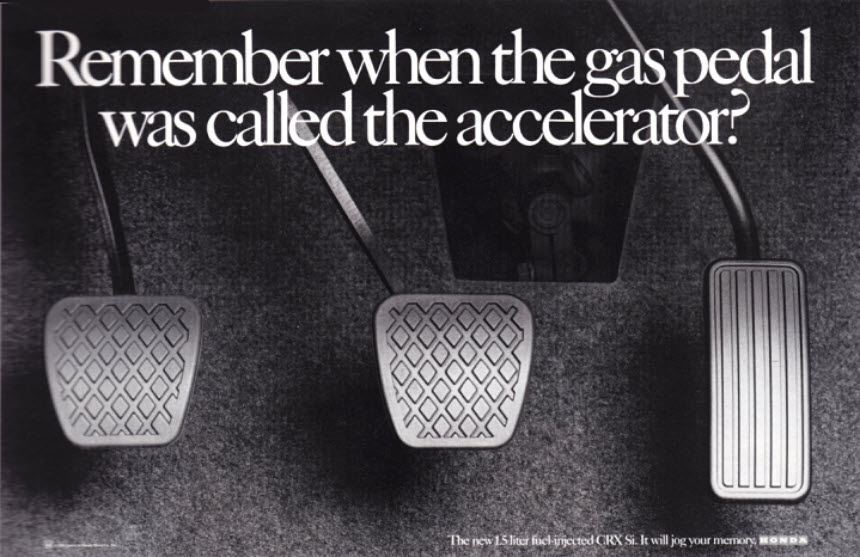 This 1987 ad for the Honda CRX-Si is best understood in the context of the times. After two major oil-price shocks in the 1970s, the muscle-car era in America gave way to the economy-car era. The CRX-Si promised the best of both worlds.

Good advertising always has an element of truth to it. Here’s a comment from a former Honda CRX-Si driver that was made on the Internet in 2008:

I owned the all black 1986 Honda CRX si. I loved that car more than any car I have ever owned. It is the reason I have always owned Hondas; Accords, Element and the Odyssey. I was 18 at the time and the car was a pure pocket rocket. I balded the front tires within 3 months from “excessive acceleration” according to local PD. It handled like a dream and cornered like it was on a slot car track. So much fun to drive.