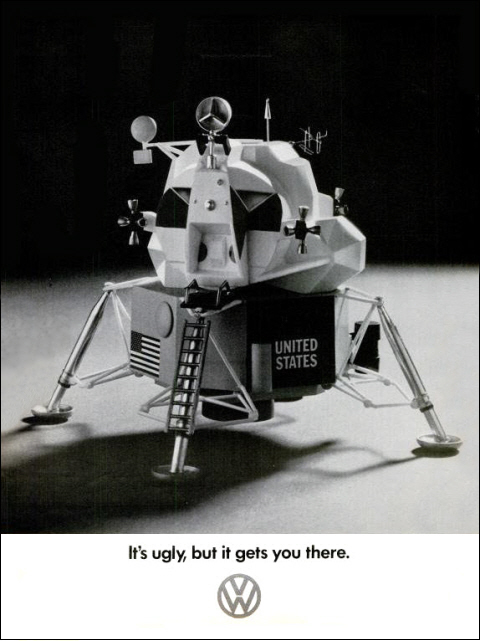 This 1969 Volkswagen ad appeared in major newspapers the morning after Apollo 11 reached the moon. This was a minor feat in itself because newspapers used to be painstakingly laid out by hand and the ad couldn’t be placed until it was known Neil Armstrong and Buzz Aldrin had safely landed.

The ad is brilliant in that it sums up the positioning the Doyle Dane Bernbach (DDB) agency had carved out for the Volkswagen Beetle and equates it to the lunar lander in the same endearing tone.

The work DDB did for VW was so groundbreaking Advertising Age proclaimed it the best advertising campaign of the 20th century. Take a look at how different it was from other advertising at the time. Below are two ads from the early 1960s. One is for Buick and the other was created by DDB for VW: 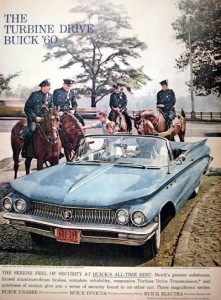 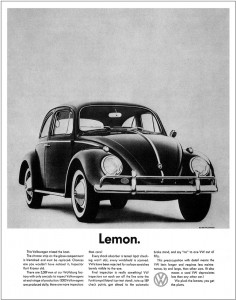 Volkswagen was just one of many memorable campaigns by DDB — the agency is widely credited with sparking a creative revolution in advertising.

The secret sauce? In a time when ad agencies were routinely staffed by WASPs with Ivy League Educations, Bill Bernbach shook up the status quo by hiring talented Jews, Italians and Greeks. He was also the first to pair art directors and copywriters together. The result was a style of advertising that was irreverent but persuasive.